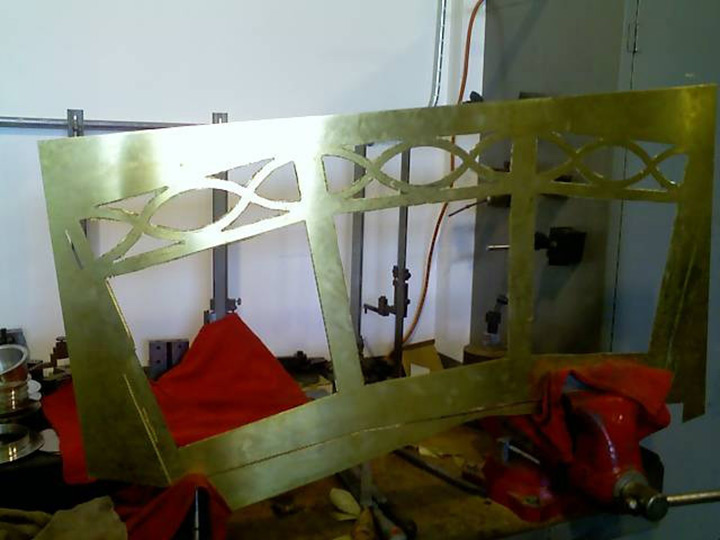 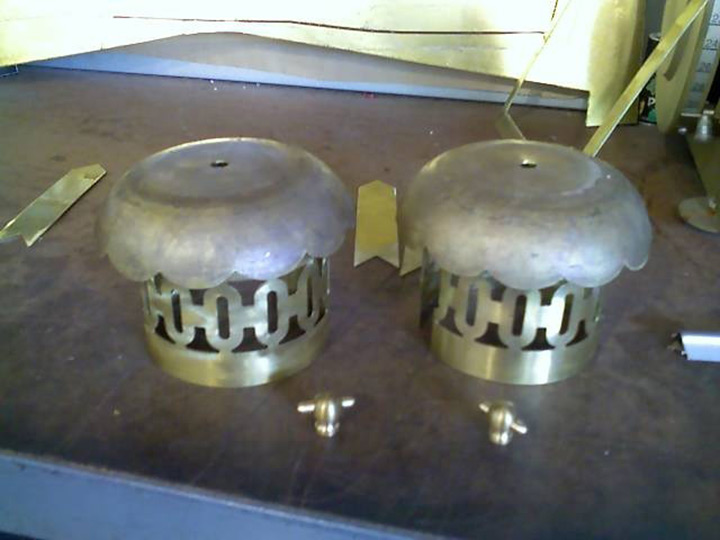 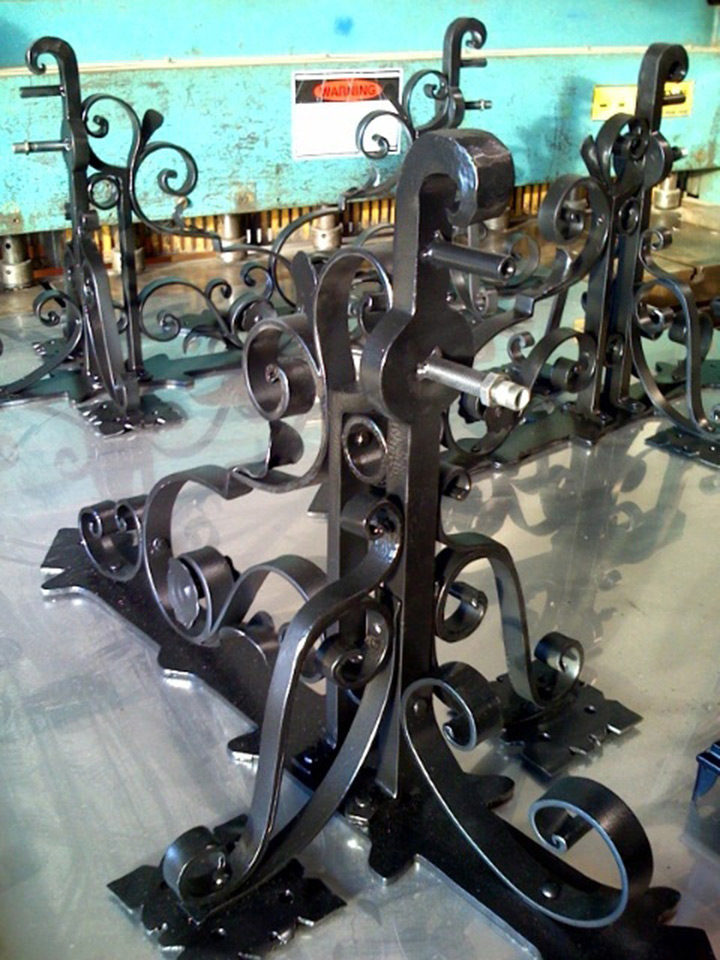 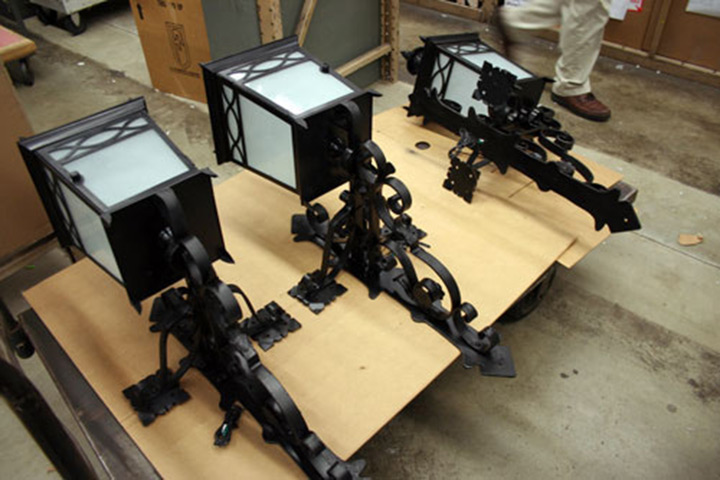 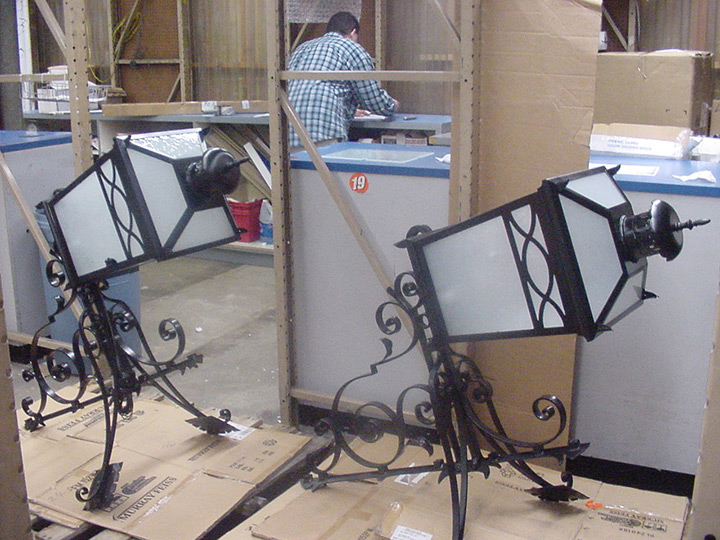 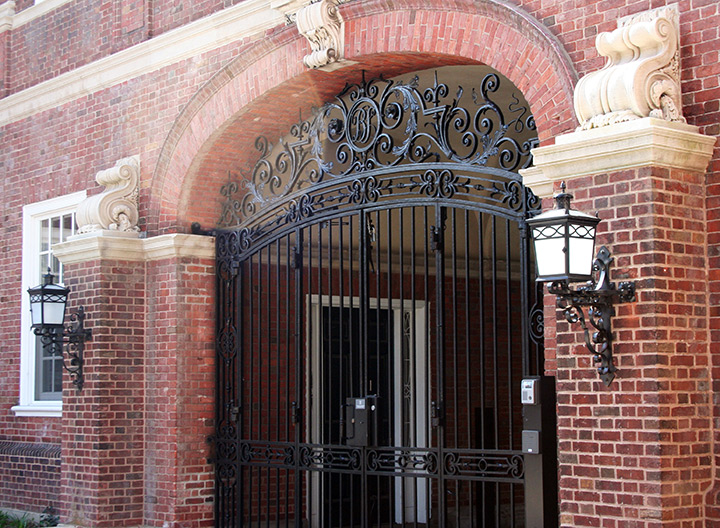 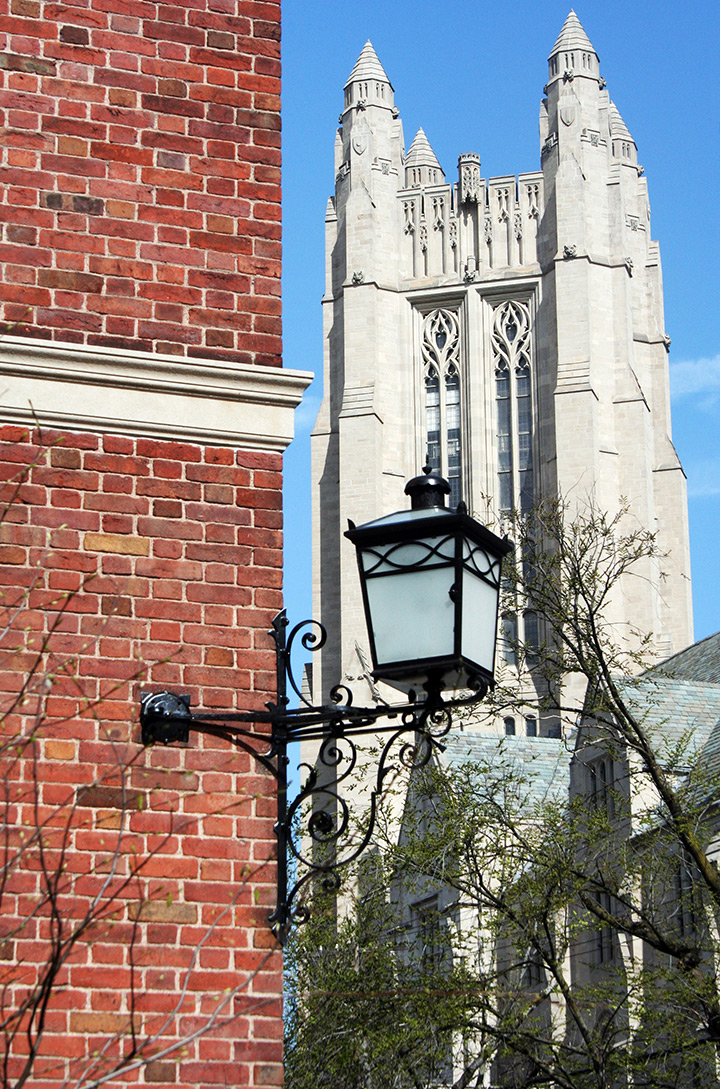 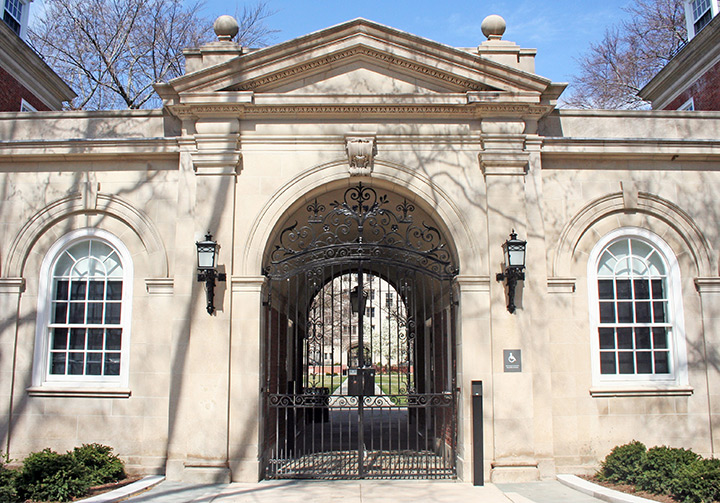 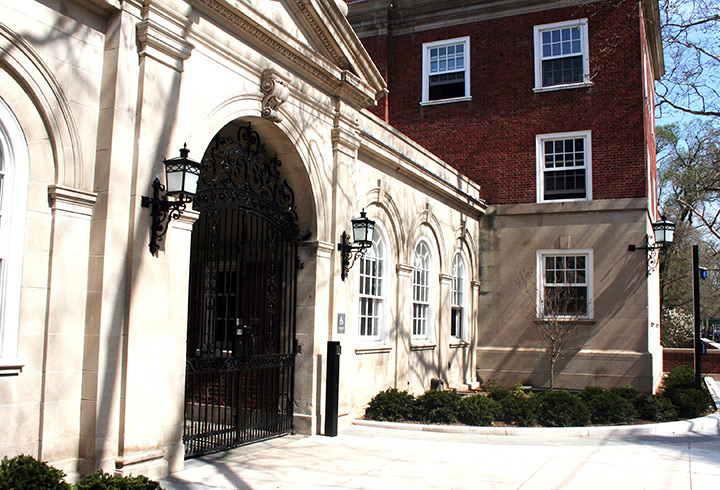 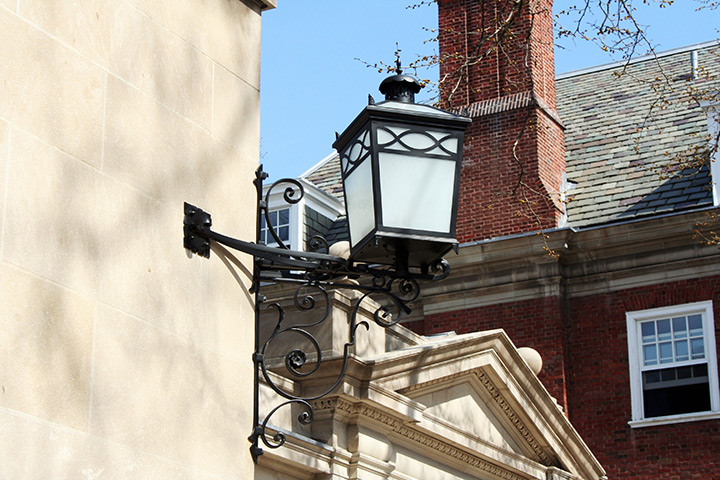 Silliman College is the largest of all 12 residential colleges on Yale University’s New Haven, Conn. campus. It was named after Benjamin Silliman, the “father of the scientific education,” who was the first professor of chemistry at Yale, and later became a renowned geologist. Opened in September of 1940, the college was designed by Otto R. Eggers, of Eggers and Higgins, an architectural firm based out of New York City.

Renovations on Silliman College began in 2005 were completed in August of 2007. It was during this period that Grand Light’s restoration specialists began their work on over one hundred indoor and outdoor fixtures of various sizes.

As a part of renovations that took place, Grand Light created six custom lanterns flanking the entrance to the college. The task called for Grand Light to utilize many of their tools in the creation of the pieces.

Due to the sheer size and weight of the lanterns, the cages were fabricated using laser cut stainless steel frames, ensuring that the structural integrity of the fixtures would not be compromised in the future.

Decorative brass spinning’s were fabricated to permit for crisper, more precise detailing. A removable ballast tray with a multi-wattage CFL ballast and socket were installed for optimum photometrics and easy maintenance. Glass panels of the lantern were sandblasted frosted seedy glass, consistent with maintaining the historical accuracy of the iron entry gates they illuminate.

With the six custom made lanterns installed, this leg of Grand Light’s work with Yale was concluded. The lanterns compliment the surroundings and remain true to the ambiance created by the existing architecture. Designed for both aesthetic appeal and for durability, Grand Light’s team designed the perfect fixture to illuminate the entry gates to Silliman College. 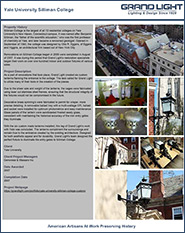 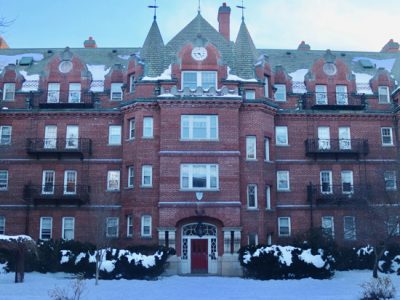